Remember that Porsche that you had on your wall as a kid? Well they made posters about that car, and they were cool. So cool in fact that we wanted to feature a whole gallery of vintage Porsche posters for your viewing enjoyment.

Check out our gallery of old 80′s vintage car advertisements. The 80s were terrible for the car industry, but somehow we got through it. Some of you may be thinking “Why do I want to remember what cars were like in the 80s”? Well I have one answer for you: So we never go through it again… ever. Enjoy!

The remarkable year was 1950, when Chevrolet brought in a sweeping design for cars that established an archetype which stayed on for decades. The model was called Bel Air Hardtop convertible. It was Chevy’s counterpart of the new body style that was launched by Cadillac and Buick, Oldsmobile in late 1949. After the label was recognized, it was later simply called … Continue reading →

Automobile aficionados can testify that the 1960’s were a roaring decade of non-stop excitement. These were the years where cars were more powerful than ever, and the muscle was palpable. These muscle cars were a huge hit during the era, and perhaps the greatest corner stone of the period was the Chevelle. It was a dominant, respectable muscle cars and … Continue reading → 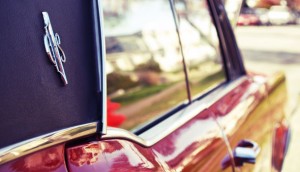 We want to start a new series of posts here on cartips.com called way back Wednesday… and you guessed it, it’s going to be on Wednesdays. We’re going to dredge up old cars from the past and take a look at how far we’ve come. To kick things off as the name suggests we’re going to take a look at … Continue reading →