The remarkable year was 1950, when Chevrolet brought in a sweeping design for cars that established an archetype which stayed on for decades. The model was called Bel Air Hardtop convertible. It was Chevy’s counterpart of the new body style that was launched by Cadillac and Buick, Oldsmobile in late 1949. After the label was recognized, it was later simply called “Hardtop”. These models first came into existence around 1920s but it did not fascinate car enthusiasts. But the modified version had finally thrived. Chevy’s Bel Air was marketed in affordable price range.

The Chevy Bel Air was very sophisticated because of its two tone color combinations. The interiors have bright colors which match the exterior colors. It has convertible type doors and quarter windows that rolled down out of sight, with a steel roof which is welded in place. When the Bel Air two-door Hardtop was introduced, it was a big leap on how Chevrolet devised the new concept for better sport cars.

Come 1953, Chevrolet reinvented Bel Air. There emerged two lower series, the 150 and 210. Its body panels, front and rear ends were altered but maintained in essence the frame and mechanics of the 1949-1952 cars. It also introduced a wide chrome strip of molding from the rear fender bulge, to the rear bumper. The label “Bel Air” was also incorporated which other models do not have.

On the lower portion of its dashboard is a large stretch of chrome. Later with it is a Bel Air de luxe steering wheel which has full chrome horn ring. Sleek carpeting completed the whole package. An improved grille and taillights was the only feature that was changed in the Bel Air in 1954. Two engine choices were available. During these consecutive years, Bel Airs are offered in convertible, two-door and four-door sedans, and hardtop coupe. However, Beauville station wagon came later in 1954. Power brakes, power steering, power front windows and power seat positioned were features which were also introduced in these times.

In 1955, the “Hot One” was born. It earned its name from car fanatics because it was restyled by Chevrolet and became full-size. Bel Air’s features were likened to that of cars in the lower model ranges. It also has full wheel covers, chrome window moldings, chrome spears on front fenders, chrome headliner bands on hardtops and an interior carpet. It was further set apart from the rest by the Bel Air name script which was set in gold lettering. During this year the Bel Air had its V8 engine.

In 1956, the 4-door pillarless sport sedan was introduced. By 1957, Bel Air is already hailed as one of the most distinguished American cars of all time. The Sport Coupes and Convertibles are highly desired by collectors and enthusiast because they are more spacious and fuel-efficient. From 1955–1957, the 2-door Nomad station wagon was produced. Also known as the Tri Five, Nomad was the first emerged as a Corvette-based concept vehicle in 1954.

In 1958, Chevrolet models were restructured. It became longer, lower, and heavier than their 1957 predecessors. Then the first ever production Chevrolet big block V8, was made available. The Impala was also introduced during this year but only as a hardtop coupe and convertible. Its special feature from other Chevrolet models is its triple tail lights encased in slightly bigger alcoves, unique side trim, an opening above the rear window and a different roof line. The Biscayne and the Delray were two cost-effective models which wrapped up Chevy’s offerings that year.

In spite of the recession during that time, Chevrolet still was regarded as the No. 1 maker of automobiles because of the Bel Air. In 1958, the station wagon Nomad was also resurfaced when it was reproduced as a 4-door Chevrolet station wagon. However, this version deviated from the one of a kind and incomparable styling of Nomads that were produced in 1955-1957. Its two tail lights were housed smaller alcoves to accommodate the rear gate.

For the second time, Chevrolet surprised the industry by coming up again with a totally novel car. At any perspective, the 1959 Chevrolets did not resemble anything else on the road. Its features were extreme and unconventional. The headlights were placed low to the cats-eye taillights, it is made of metal sheets, had a new frame, and even had a new series names. It was the longest car in the low-priced range as opposed to its being the shortest 2 years way back. It became middle range when it comes to price. On the mean time, the wagons were still grouped by themselves. Kingswood 9-passenger and Parkwood 6-passenger wagons had the model numbers of Bel Air and were actually regarded as the middle range wagons.

However, there were few changes introduced in 1960. There were just basically polishing and refinements done of the 1959 style. The new models have more restrained front end, double taillights which is different from the startling cat’s eyes of 1959. Chevrolet included to the Bel Air series the Sport Coupe, which incorporated the Impala’s 2-door hardtop body, less the Impala’s trim. On the other hand, the Sport Sedan maintained its rear window overhand and the big wraparound rear window. The Bel Airs Biscaynes had two taillights per side. On the other hand, the Impalas had 3 taillights each side — a feature that was carried on until 1975. The Impala and the Bel Air shared so many little details and features.

The contribution made by Chevrolet Bel Airs in car history did not end in 1960. It stayed on for so many years and continued in production with new innovations on its features and total package. Indeed, Chevy’s Bel Air is another success which delighted the car buyers and aficionados.

Ever owned one of these beauties? Let us know in the comments below.

Here are some photos of the Chevy Bel Air: 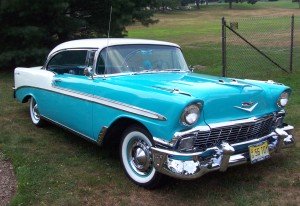 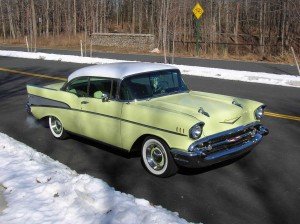 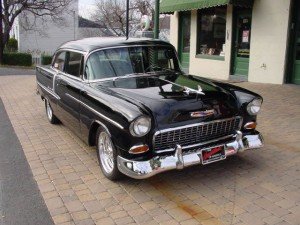 One thought on “Way Back Wednesday: The Chevy Bel Air’s Golden Years”